Revenge of the Turkeys

I’ve now eaten eight full plates of Thanksgiving dinner since Thursday, and I don’t know how much consuming of mass quantities I have left in me.

I’m pretty sure the turkey in my refrigerator is self replicating.

But let me start at the beginning.

About a month ago I participated in the time honored old fashioned tradition of ordering a turkey from Hole Phuds to cook for my family on Thanksgiving. I also ordered some gravy because I can’t be bothered and a pumpkin pie because everyone, including the store uses canned pumpkin pie filling so there is no difference.

I showed up at Hole Phuds on the Wednesday before Thanksgiving with my three year old in tow. Never do that. So after some serious parking lot shenanigans we managed to get a cart by elbow checking an octogenarian and we were in. We headed for the line where they hand you the food you reserved, or send you into a grocery store waiting death spiral.

We got the spiral.

So after a few minutes a very helpful woman took a piece of paper from me and handed it to a butcher, more responsibility than I was ready for at the time that’s for sure. Then she left me alone in poultry purgatory. A man next to me was taking a stand in the same manner of desperation I’ve witnessed many times before at airport counters.

“But I ordered this turkey four weeks ago!” He argued waving his piece of paper like it could conjure up another bird.

“Like I said before, I’m sorry but we ran out of Flim Flam Farms Organic Free Range Heritage Went to a Nice Safety School Turkeys in that weight” The beleaguered butcher helping him replied.

“My family is expecting nothing less then Flim Flam!” He shouted. “We always get the Flim Flam!”

I made eye contact with another butcher. He had “Vera” tattooed on the knuckles of his right hand. We approached the glass between us. We paused and sized on another up, he glanced at my paper. He turned his gaze back to me.

“Are you okay with getting a bigger turkey than you ordered and I charge you the smaller turkey price?” He asked while occasionally shooting looks at the guy still ranting at the other butcher.

“I’m pretty down for free turkey” I replied, knowing that there was no other way this was going to end.

“Cool, we talked turkey” he said. (He really did say this, it was awesome)

So I got a larger turkey than I ordered. A lot larger. I had to put a brick on top of the BBQ lid to hold it in.

Due to Dr. Wife having to work and other factors the crowd at our holiday feast consisted of two children who live almost exclusively on pasta and mandarin orange cups and two adults.

We made way too much food, but now we have a sort of “Pilgrim Stand off” going on where we are both sick to death of turkey dinner, yet the meal keeps happening. Neither of us wants to be the wasteful glutton who cooked a crazy amount of food, and then throws it away when we know there are starving people in Africa who could tell us that the turkey is too dry yet much appreciated. “Do you have any gravy?” They’d ask.

Every other meal I head to the fridge and gather the same five containers. Turkey, mashed potatoes, stuffing, cranberry sauce, and gravy. We are on our second reload of the gravy tub. Turkey is after all merely a gravy delivery vessel. Dr. Wife makes the same plate, although we both made our own stuffing recipes because that’s how we roll.

This has been going on since Thursday and I swear the thing of turkey looks the same as it did when I put it away immediately following the first meals. 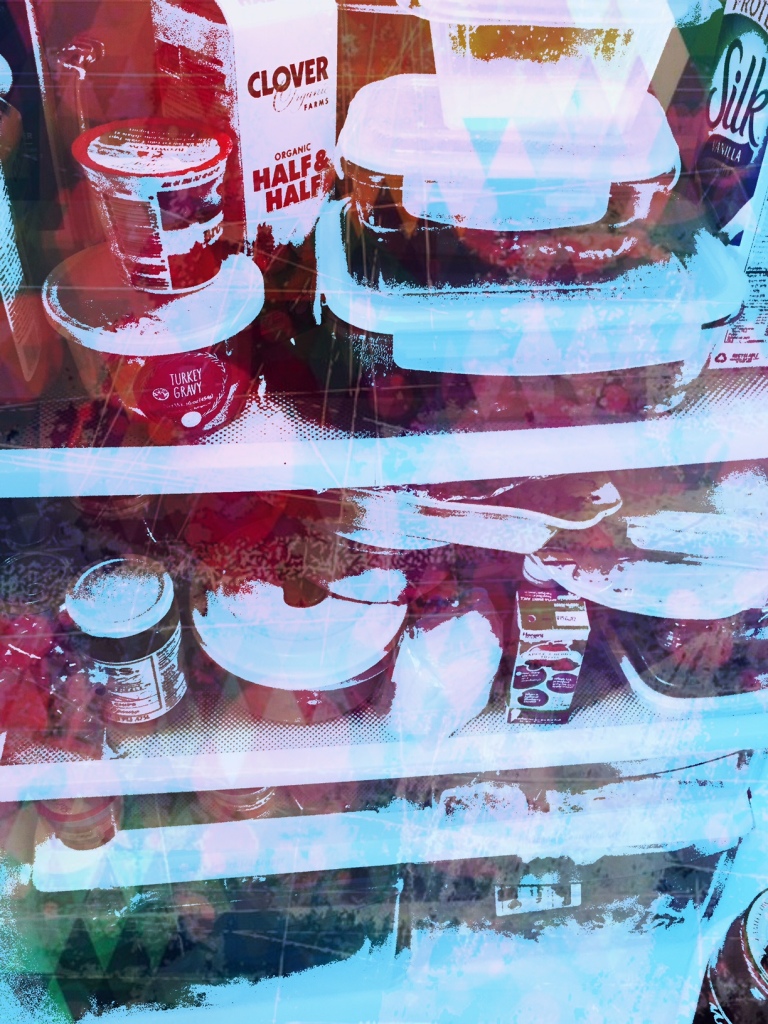 I swear someone else is adding leftovers.

I checked again yesterday. There is more, I’m sure of it. Are my neighbors slipping their turkey into my fridge?

This morning there it is, how it is still there I have no idea. The game camera I put in the fridge only captured people removing stuff, and no suspicious restocking of the turkey.

Somewhere in turkey afterlife there is a gobbling sound that has a bit of a cackle to it.

Once again they have punished the humans for their gluttony.

I really can’t eat another bite I swear.

2 thoughts on “Revenge of the Turkeys”