Financially speaking, our family breaks up into two pretty extreme camps. I’m a platinum card carrying member of Camp Spendthrift. Much like my mother, I can blow through money like an identity thief with a hot credit card.

Dad and MILK, on the other hand, man the walls of Fort Cheapskate. I’ve seen MILK start to sweat when she has to break a large bill…and by large, I mean a twenty. “I’d buy the coffee,” she’ll say, “but all I’ve got is a twenty.” Then there would be the awkward pause until someone else dug out their wallet. Even as a kid, she hung onto any birthday money or any other windfall like she’d weathered the great depression.

But the legend and founding commander of Fort Cheapskate was our grandfather, when the man would open his wallet George Washington would gasp for air and squint at the light. You can’t really fault him, he died with money in the bank, something I’ll probably not pull off. I’ll most likely be surrounded by impulse purchases and bill collectors as I shove off into the River Styx.

Every Christmas I would get Gramps a delicious treat or nice bottle of wine. I never tasted any of them. Most people, if you give them a box of chocolates or whatever, would offer you some unless it was obviously inconvenient at the time to open the gift. I remember one Christmas Eve when I showed up early to their annual dinner party and gave Gramps a nice piece of smoked salmon. I even gave it to him in front of Grandma, thinking for sure she would insist that it go onto a plate with crackers and be put out for the relatives.

Not on Gramp’s watch; that fish vanished in a second. What did he do I wondered, wait until we were all asleep and then sneak into the kitchen and eat the whole thing himself? Did he have a vault somewhere full of gift baskets and good wine and scotch? “Wow, thanks for the Laphroaig 18,” he’d say as he slid it behind his chair, “could I get you a glass of the 6 year Clan-MacFrugal I picked up at the Grocery Outlet?” 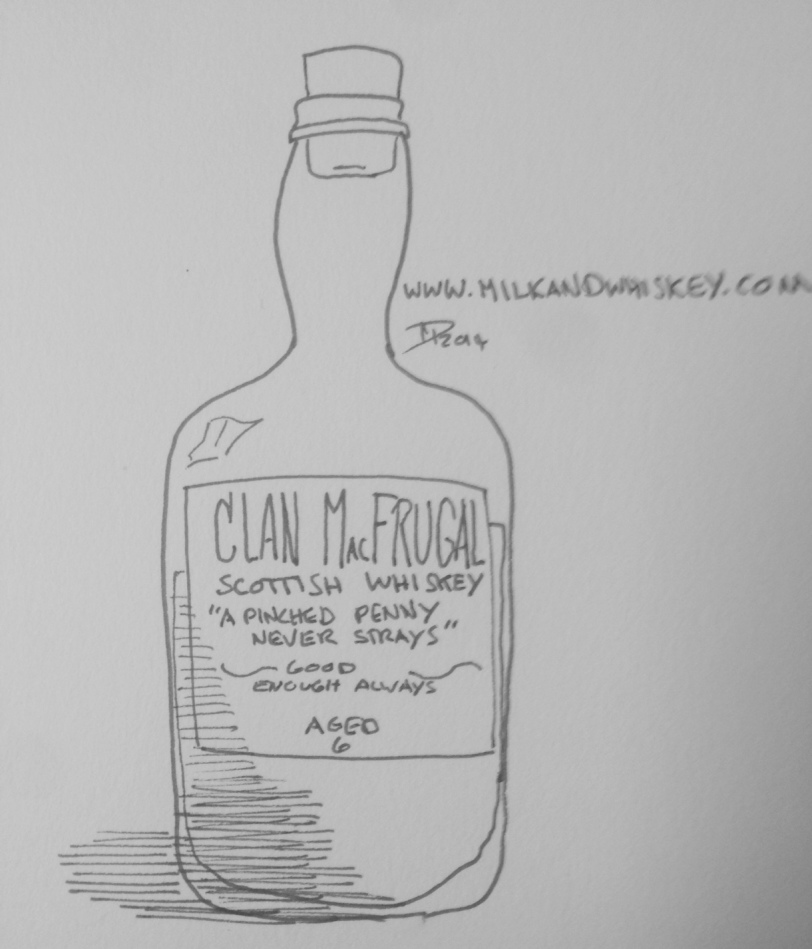 Gramps did not have poor taste, mind you; after our father and step-mom moved in with him, he would still shop at the dented can store with his helper lady and buy all kinds of cheapo food, but then he would eat all the nice food our dad bought. Especially good ice cream. “Hey, who ate all my Haagen Daz?” Dad would grouse. Gramps would be washing a bowl in the sink. “Oh I bought some new Ice Cream, you’re welcome to it,” he would offer. Generic Store Brand does not equal Haagen Daz in this universe.

One time, Grandma called me after I visited them for dinner. I had brought a nice Cabernet for dinner that immediately disappeared and they served me the usual cheapo school red table wine. “I’m so sorry she said, we opened the bottle of wine you brought the other day and it was really good and we served you the regular stuff.”  That is when we both had the realization that I have too much of my mother in me, and had strayed from the Scottish side of the family. We never spoke of it again.