As we may have mentioned a time or two, MILK and Whiskey were born and, with a slap on the ass, sent to live in a strange place called Boulder Creek, CA. I wouldn’t have changed that for the world. I was incredibly bummed out when we moved out of the mountains. Fortunately our father took us camping often so we didn’t lose our “mountain pepper.” You don’t want to grow up too comfortable, he’d say, it makes you soft. People confuse being soft with being comfortable. This is not the case. Softness just makes you easier to bruise. 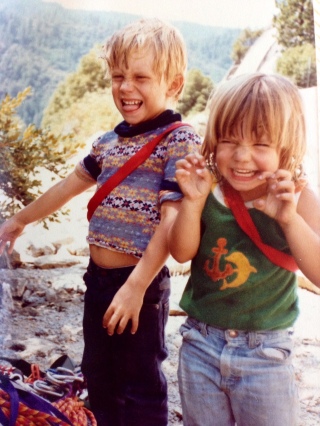 After falling down a hill in the mountains our father rinsed off Whiskey in an Aquaduct. This is the face of children being seasoned, we thanked him later.

Wait, back up. What the heck is “mountain pepper” you ask?

Well, other than a great alternate name for this blog, mountain pepper is about sucking it up and not sweating small stuff. The term was originally coined by our father because every time you eat outside in the woods, some combination of tiny bugs, dirt and tree junk ends up on your food. A variation that we enjoyed frequently on the coast is known as beach seasoning, or “why do you think it’s called a sandwich kid, it’s just a little extra crunch.” A lot of kids, including my current brood, freak out when their macaroni touches the peas they weren’t going to eat anyways. When we were kids we ate the mountain pepper. There was no second meal option available by whining. You ate the dirt or you didn’t eat.

I’ve been around families that suffer a multi-generational lack of mountain pepper. I’ve actually seen someone order their kid takeout from a different restaurant delivered to the one they were eating in at the time. Not a lot of pepper in that spice rack. I refuse to sink to that level. Just because my boys are growing up in the lap of comparative luxury that is Santa Monica, just because they have a dumpster that gifts them guitars, doesn’t mean they have to grow up completely soft.

It’s important to experience inconvenience for the sake of character. I worry that kids today, my own included, don’t get peppered enough and it causes them to be prone to “pantywaist-syndrome.” My hope is that this tragic outcome can be avoided with just a smidge more instilled suffering. A little dirt on your food seems pretty irrelevant when you’re freezing your ass off setting up a tent and trying to get a cooking fire going with green wood. That plate of beans with the dirt in it looks pretty damned delicious when you had to open it with a rock because somebody forgot the can opener. And a sleeping bag feels better than a bed at The Four Seasons under the right conditions. I’ve almost died building character a few times, and those are some of my fondest memories now. MILK got altitude sickness climbing Mt Whitney, but she never shuts up about that trip. If you already live in the woods or on a farm, or even in a bad neighborhood, you may not need to seek out seasoning, it may just happen. Consider yourself blessed. The rest of us have to go out and claim it. 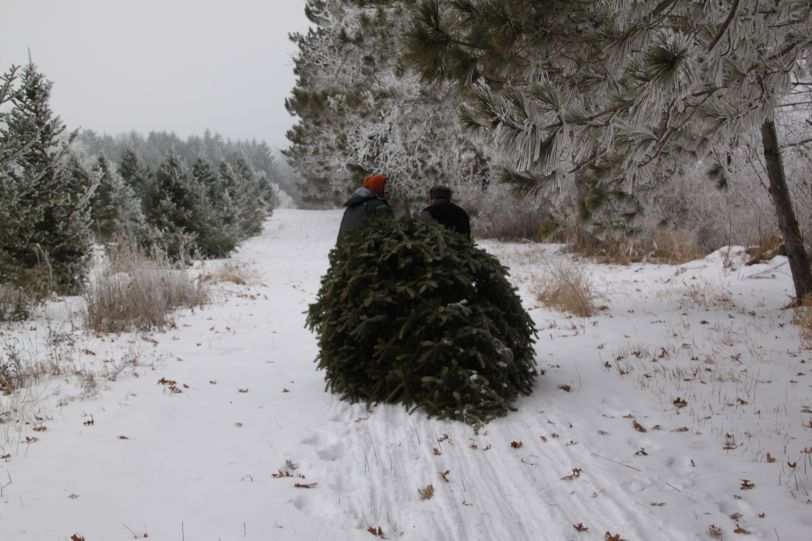 “are you sure the car is this way?” A found opportunity for some peppering.

That’s why we took our boys camping for the first time ever a couple of weeks ago. I felt the trip needed a little more “adventure,” but that will come in time.  I’ll start them out slow, lure them into a false sense of security, and then BAM, backpacking trip. As they get older, I find myself dreaming up plans to get out there and make ourselves intentionally miserable, just to put the world in perspective and get them good and peppered.  A person with some mountain pepper in them is not afraid to try new things or take a risk once in a while, and may even spin an interesting yarn around the campfire. Perhaps a story about a real experience and not something that happened on TV last night.

The stuff we find (or invent) to freak out about today would have our ancestors laughing and giving us well deserved wedgies. “Oh your internet connection is a little slow, well try being a little slow around a Grizzly bear,” Teddy Roosevelt would mock, then he’d ask “what in tarnation an internet is?”  turn around and shoot the bear. I’m not saying I want my boys to shoot bears, but it’d be nice if they knew how to hide food from them.  Also the peppering isn’t just for the kids, every year that goes by without some seasoning I feel myself getting softer, the ground gets harder, the nights colder, my bed and iPad more attractive.

Mountain pepper isn’t reserved for people who live in the mountains; there is mountain pepper in us all, we just need to find it. Sometimes it’s the little things, like changing your own flat tire instead of calling AAA on a cell phone; fixing something yourself instead of buying a new one, or surviving a Trader Joe’s parking lot on a Sunday afternoon. The important thing to remember is that mountain pepper starts at home.