Happy Birthday Grandma Ping, she always hated that her birthday fell on April 1st, she felt like it was some joke between her and the universe, I’m sure Catholic school April Fool’s day was a blast for her, but hey sometimes Easter falls on the 1st so there’s that.

But aside from my grandmother’s unfortunate birth date here’s some more proof that April 1st has the power of the jokes.

Yesterday we had our standard Americana Easter celebration for people who are not really religious. Ham and scalloped potatoes! Dr. Brains and his girls came over along with his wife and a bonus grandma. We did all the usual stuff. Let the kids binge on sugar, force them to wear nice clothes for pictures, crack up at a YouTube video of a rabbit humping a chicken, and look for eggs.

It was during the egg hunt that April fooled someone. The kids have gotten older and more dedicated to the hunting of plastic eggs filled with candy than ever before. Dr. Brains and I walked about with our cocktails in hand hiding eggs in easy places for the little kids and diabolical ones for the grade school crowd. Then we turned the kids loose in our courtyard to hunt, I wished I played a charge on a bugle.

What happened next was the oldest girl managed to find an egg we had diabolically hidden… last year or possibly the year before that. She proudly walked up to us holding an obviously weathered plastic egg.

The faded pink plastic egg was full of live earwigs. There was much screaming and running in circles and then frantic washing of hands. Later she will lay on a couch paying someone three hundred dollars an hour to ask her about her parents. She won’t bring up the earwigs.

For our readers who are not familiar with earwigs, they are possibly one of the grossest bugs ever. They are the anonymous beat up white kidnapper van owners of the insect world. Picture a termite that someone glued a crab claw to it’s ass. Ok, now yell “ewwwwww” and flap your hands, this is the appropriate response to earwigs. They also love to hide in pretty things, roses, corn on the cob, whatever. No one sees them coming a long way off. Its always “SURPRISE!” termite ass-claw bug. 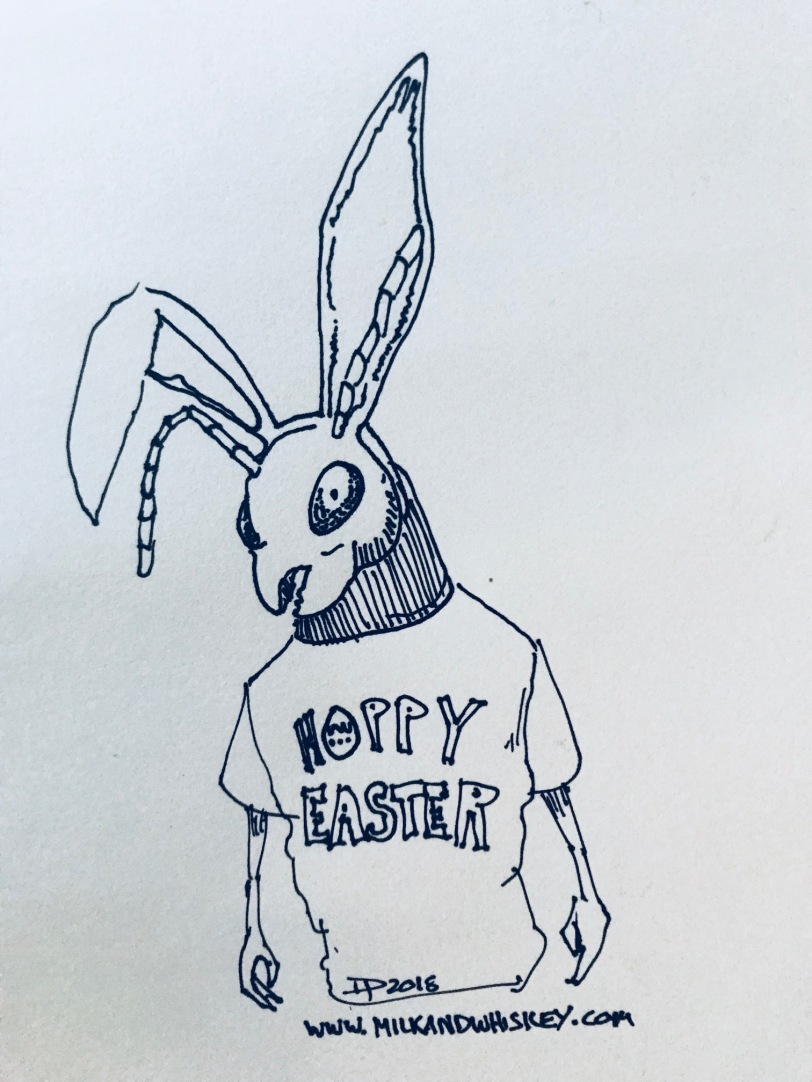 This was some Amityville Horror level bug shit. Crab claw ass having termites in an Easter egg! The thing that really boggles my mind is how did they get in the egg? It was snapped together and still had some rotten candy that the earwigs had been feeding on presumably. So did the earwigs get in there via divine intervention, or does Easter candy have earwig eggs in it…