The other night I was at the park with my kids, because you know they don’t sleep. And as the street lights came on we were, as  usual, the only ones in the playground.

Then a group of teenagers rolled into the park, and occupied the swing set. Of course my six year old boy immediately made it a point of running over to the swings with his four year old brother in tow.

“Here we go,” I said to myself. I was sure they were trying to find a spot to get high or smoke cigarettes, spit, and tell lies. Normal, healthy teenager stuff. I enjoyed a twinge of nostalgia for those carefree days of law breaking and dangerous shenanigans. Ah, teenagers, so full of the angst and directionless rebellion.

“Let’s go,” one of the teenagers said to another. I felt a little bad that my family was ruining their party, but not that bad. I figure having your fun thwarted by small children is always a good reminder that sex leads to parenting.

As the teenagers skulked off to what I assumed was an adult free area to misbehave one of them shouted, “Hey there’s one around here, it’s really close!” Then they all wandered around in intense circles, staring at cell phones. “It’s a Parasect!” They squealed. 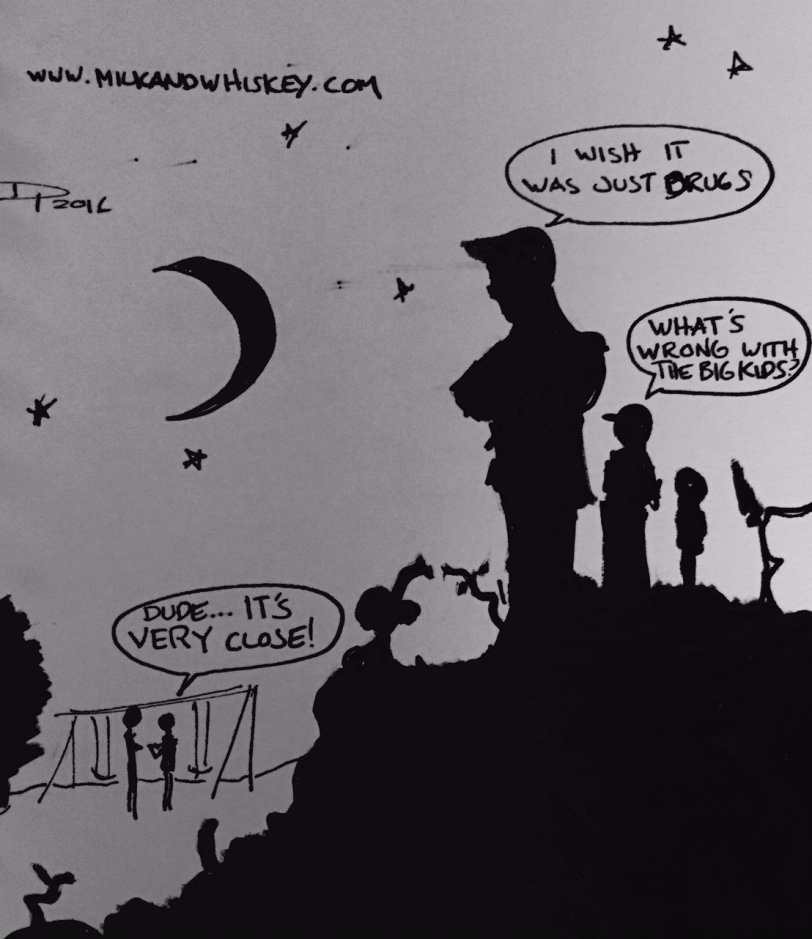 I had to resist a sudden, overwhelming urge to bully them, or at least yell, “NERDS!!!” Instead, I swallowed my disappointment and went back to pushing my kid on the swings.

What is wrong with the kids today?

4 thoughts on “Pokemon NO!”