If you repeat a bad idea enough times, it starts to sound like a fantastic idea. If you’ve been drinking for three straight days, it might even sound like the best idea ever. And if you’re trapped in a cabin on your “summer” vacation while it downpours outside…well then you’ve got a perfect petri dish for some remarkably bad decision making.

That is, assuming you’re male. As our father is fond of saying, “We knew it was a really bad idea, but it was his turn to have an idea and we didn’t want to hurt his feelings.”

We’ve got a newish family tradition of getting together every summer for some super-family-fun-time with cousins and mountain pepper and all that great-outdoorsy stuff. Sometimes, Uncle Smokey decides to come along as well, probably just to kill the occasional impulse to procreate. Last summer was no exception. We were staying at a lovely little cabin in the Cascades, having a lovely little time trying to differentiate between ticks and nipples on the dog’s belly when an unexpected cold snap brought our vacation to its knees.

No problem, the boys all chorused, we’ll start a fire! (by “boys” I mean “men” except that around fire “men” become “boys.”) There was much manly chopping of wood and the usual arguments about the correct stacking of said chopped wood and the wood:newspaper ratio and when to blow and how much.

Then came the excuses. And the assigning of blame. The wood’s too wet. The wood’s too green. I told you the log-cabin would work better than the tee-pee! You need more paper! Less paper, more blowing! Less blowing, more accelerant! “Hey,” Whiskey jokes, “we could always use the drone to fan the flames!” We all have a good laugh, because that would be insane. 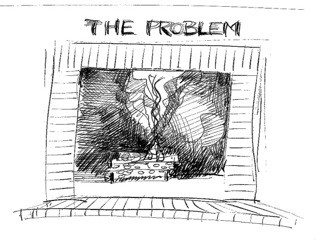 Nothing reduces men to lizard people faster than hot women and cold fires.

Outside, the storm raged on. The cabin grew colder. The fire would not stay lit. Cocktails were made. Beers consumed. Wifey eyebrows raised in judgement. Around 11pm, Dr. Wife and the Engineer disappeared to get the oldest kids to sleep in their respective rooms before morning. Whiskey and Smokey stared down the sputtering fire. In a rare moment of domesticity, or just to escape the building frustration, I went to the kitchen and started unloading the dishwasher. 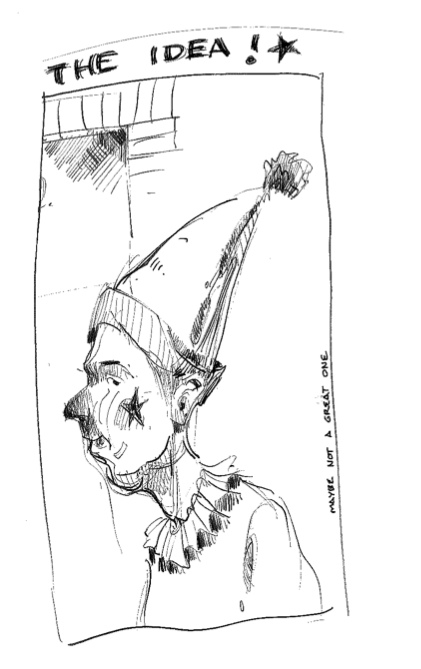 Then I heard a sound like a helicopter landing in a recycling center. And then the muffled cries of Uncle Smokey. “HOT HOT HOT HOT HOT!”

If you’re not familiar with hobby level drones, because you are not a nerd like Whiskey, here is a picture of one. This is important to the next paragraph. Imagine some lunatic wasn’t happy with the usual helicopter layout, so they “Wile E. Coyoted” four helicopters together and then sold them on the internet to morons.

I ran into the living room in time to see one of my idiot brothers pointing a goddamn drone into the fireplace, creating a tornado of fire and ash in the house not twelve feet from where my kids were trying to sleep. Smokey was stumbling backwards, but not fast enough. “Ow! Ow, damn, dude – it’s cutting me! Turn it off, this is legitimately painful!”

My other idiot brother was laughing maniacally and apparently trying to shut the damned thing down. I froze, half-blinded by flying ash, still holding a wooden spoon caked in marinara, and did the only thing any reasonable woman would do. I started beating them both about the head and shoulders and called them a lot of names I won’t repeat. I was transported back to the fifth grade except, instead of their skeptical accomplice, I’d transformed into another mom. They grinned sheepishly, shoulders drooping, and started trying to explain where it all went wrong – as if the idea was sound, there were just a few unexpected twists in the execution. Yup, fifth grade. I made them clean up their damn mess and go to bed.

Whiskey was still allowed to bring his drone on this year’s cabin trip, but he and Smokey have lost their fire privileges until the cousins are all old enough to dial 911. This time, when the not entirely unexpected northwest storm blew in to put a damper on our vacation, we let Dr. Wife and the Engineer handle the fire. There was much debate about tee-pee versus log cabin.